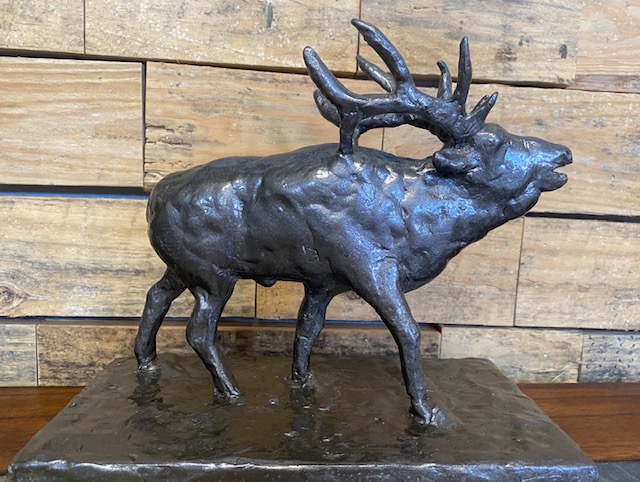 The Cheyenne Artists Guild will be hosting the work of three artists for the April 8th Artwalk.

Duane and Bev Finger were raised in rural areas of North and South Dakota. They met in Fargo and today are ALMOST “joined at the hip” … soon to celebrate their 60th wedding anniversary! Upon retirement, they RV’d around the country for over 14 years. Their home now is in Wellington, CO.
Bev has had a love of art since she could pick up a crayon. Today she is primarily a western landscape artist. Her representational artwork is a blend of impressionism and realism. She works with acrylics and attempts to convey her emotional attachment of the image to the viewer through refinement of composition, nature’s lighting, and dramatic expression of mood and atmosphere.

Ever since she was a teenager, Brenda Treuthardt has had a camera in hand. Today it’s a camera or two and a cell phone for instant gratification cation for Facebook and Instagram. Her main focus in photography is automobiles. Her dad had a passion for street rods which was one thing her family shared. Besides owning and building several cars herself, Brenda sees the beauty in all parts of the car… from the old abandoned Rustys to the gleaming chrome of a custom-built. With her obsession of cars, Brenda began engraving the glass on them from wings to full murals on the back windows. Then she fine-tuned her craft by engraving on wedding glasses, eggs, and other intricate items.